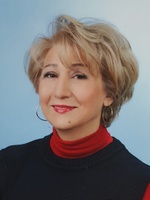 We are joyfull, excited, hopeful and proud to carry the 8th Sansev İstanbul Polyphonic Chorus Festival that we are organizing to an international dimension.

We are PROUD; because, with the belief of being an NGO (non-governmental organisation) within our association established in 2006 we generate beauties relating to HUMAN NATURE and ART.

We are HOPEFUL; because, we believe we became to a beautiful spot at the “Music Revolution” being the most important of the Republican Revolutions. As we are aware that this progress is not sufficient, by working, researching, producing and sharing night and day, we will deliver the flag to better points.

We are EXCITED; beause, we came to these days by gaining support from whomever we asked for our dream of organizing a large framed polyphonic choris Festivals in Istanbul.

Our aim is apart from providing opportunities for schools, universities, organisations to exhibit their works; to bring together also nursery-primary-secondary education, schools of fine arts, fine arts universities, training colleges and conservatories in order to provide sharing of situations and informations.

We send our sincere thanks to all individual and organizations who have contributed to this development.

He is a second generation composer of the Republican era.

Nevit Kodallı was born on 12 January 1925 in Mersin as the youngest of five children. He took his first music lessons from his elder brother Hayri Kodallı, who was violin and cello player. After graduating from secondary school in Mersin in 1939, he entered Ankara State Conservatory Composition department. He studied composition with Necil Kazım Akses, piano with Ferhunde Erkin, theory and music history with Ernst Preatorius and Hasan Ferit Alnar.

He began composing at the conservatory where he was a student. In 1942, while he was in his last year of conservatory, his first piece for piano, “Ballad”, was written. He learned to play the viola, alto saxophone and baglama as well as the piano during his student years. However, his main instrument was the piano, and he composed his first compositions for the piano.

In 1945, he composed “The Six for Stringed Instruments” which then would be performed in Ankara Radio the following year. 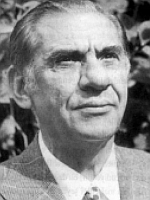 Festival programme will be announced in April 2020.